Collarless Shirts Are Back!!! 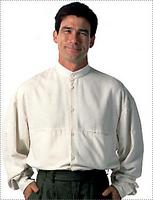 These Shirts Make Even the Poorest Man Feel Like a Millionary Want to live that hip, happening lifestyle one associates with the "party people?" You know what will take you there? You guessed it. A collarless shirt. It wasn't that long ago collarless shirts were actually popular. This was about in the mid '90s. Men across the globe were tired of the struggles, the "what to wear's" and ties. They wanted a simpler look. They wanted no collars.

Thinking about it, the collarless shirt did indeed hit its peak in say, 1995 or so. You can see them on early episodes of Friends. There was also a Friends episode that featured George Clooney and Noah Wyle both wearing the latest CS's. But the run was short-lived. By 1997 a person could barely wear a collarless shirt if they wanted to. There was no safe haven, no understanding and worse? By 1998, no new shirts made. 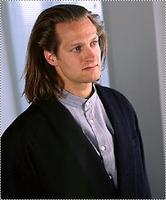 Collarless Shirts Are Savior Faire! Here's something for the doubters. There is a place called Walking Man.com that indulges the base and self-involved desires of those "men" who want to wear such bufoonery at this point. I like to call these guys, "freedom fighters." Even when there is no need, these folks still "bring it" like it's the "9-4" all over again. I'm sickened because I'm gutless and can no longer wear such ritzy fashions...
Posted by Unknown at Friday, July 29, 2005

I for one applaud the comeback the collarless shirt is making. Bravo.